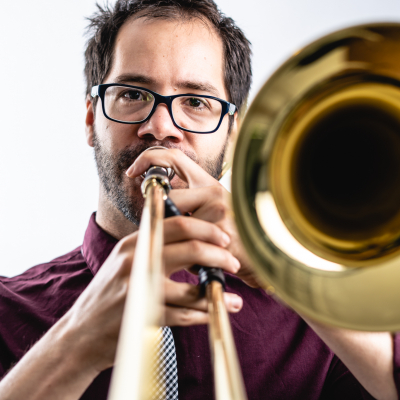 The trombonist, guitarist, conductor, arranger and composer, born in São Paulo (Brazil) in 1984, studied music firstly at the University of Campinas. In 2012, Emiliano moved to Graz in Austria, where he studied jazz composition. In 2021, he finished his artistic doctoral research entitled “Restructuring Hierarchy Within and Between Jazz and Classical Orchestras” with honors.

As a bandleader, Emiliano released eleven albums with his trio, his nonet and his own big band and his music was played in important Brazilian, Australian and European jazz clubs and festivals.