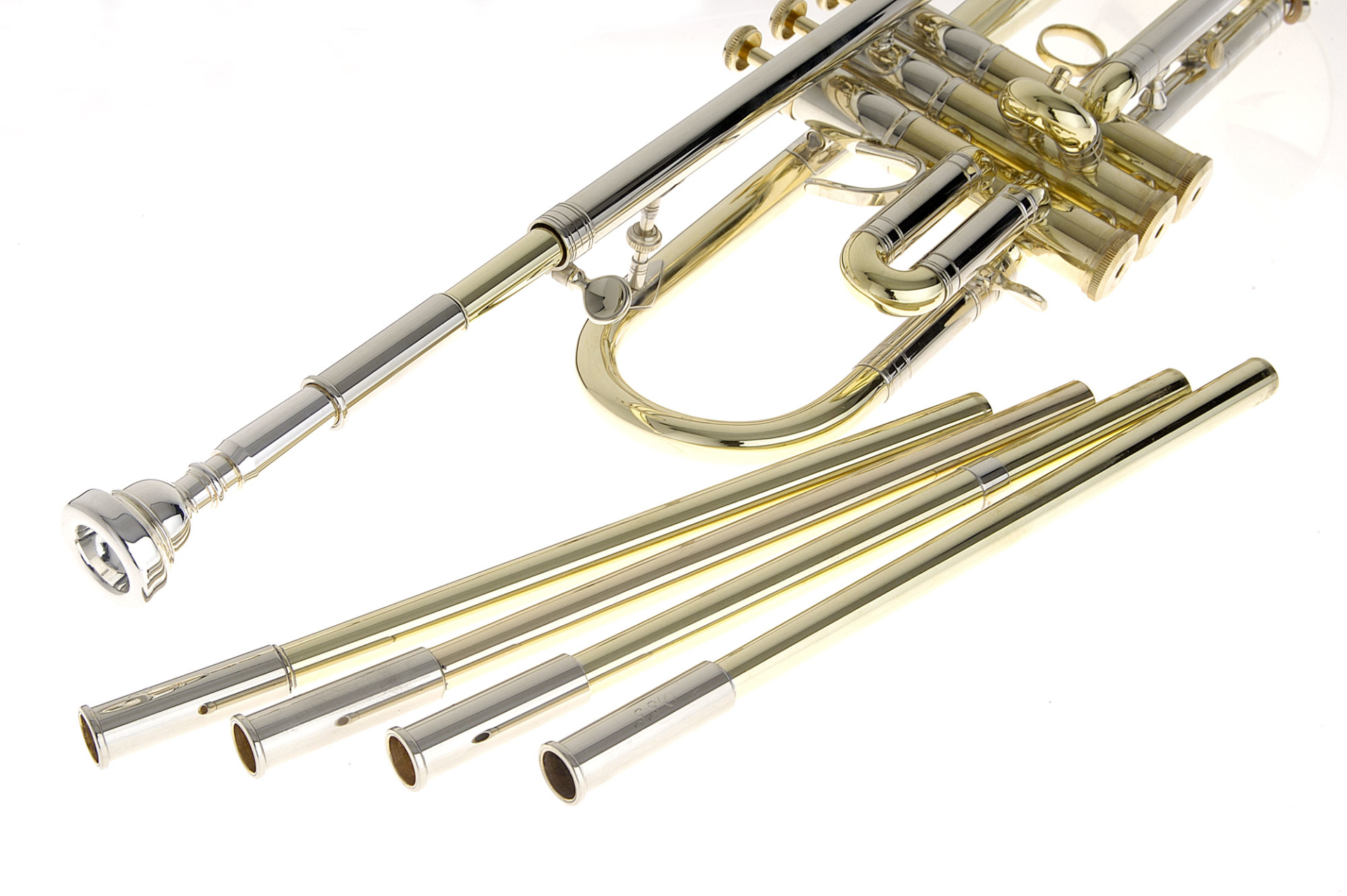 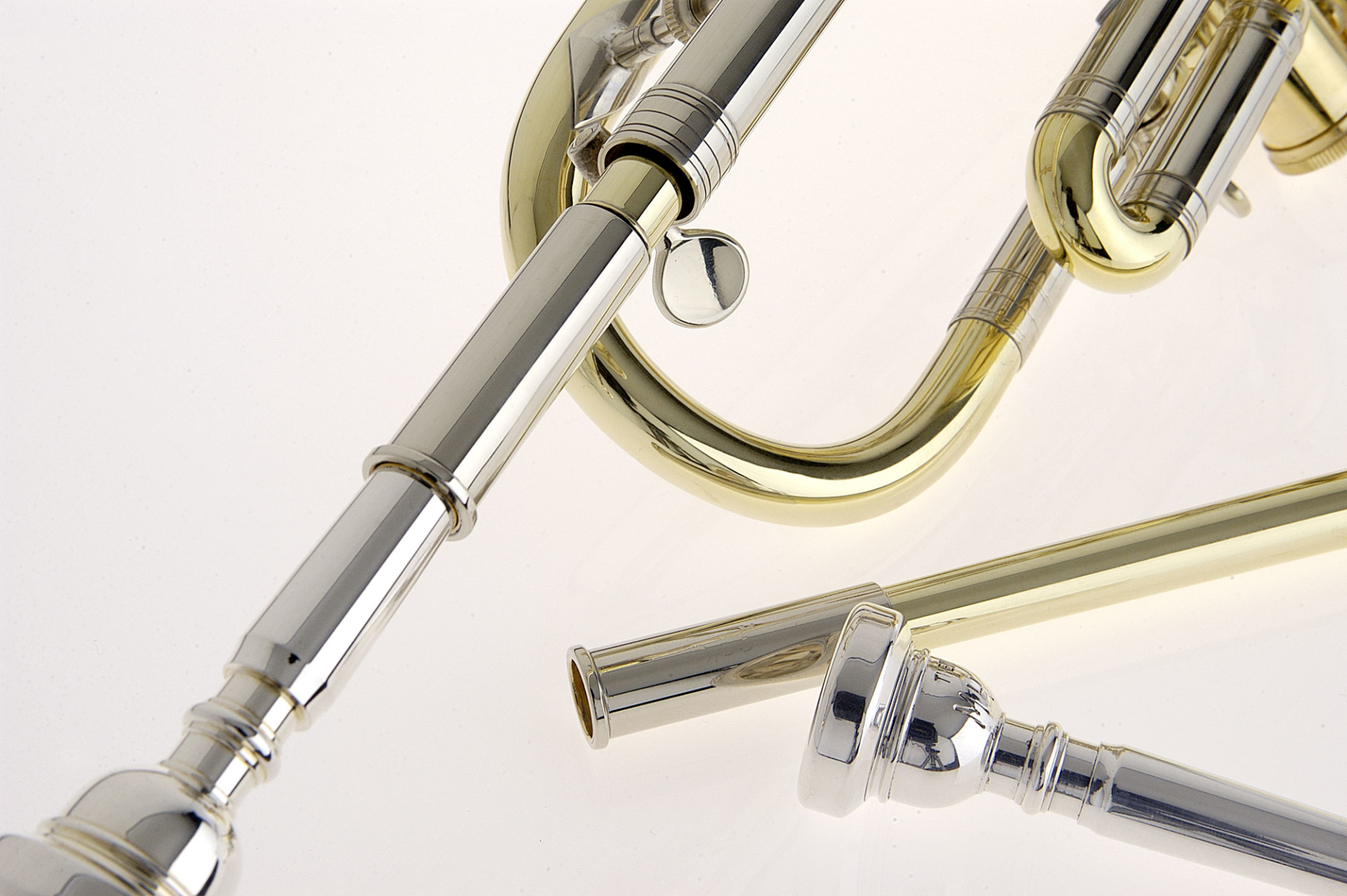 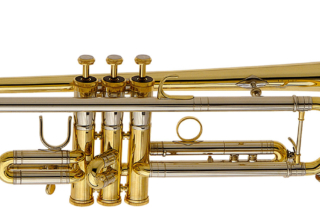 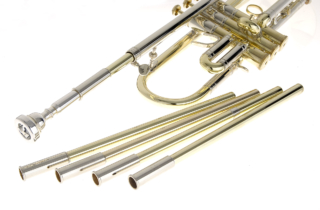 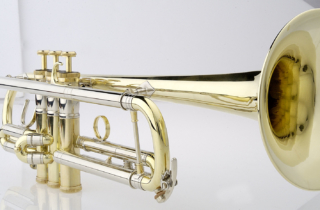 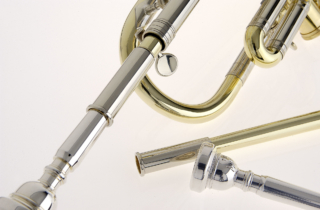 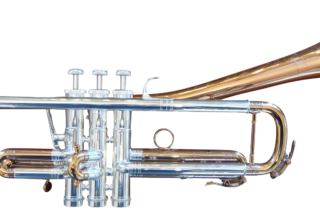 Very good intonation and tone separation in all pitches. Exchangeable mouthpipes and bell versions allow an individualisation at the highest level.

The MH One is one of our most popular models. We wanted to optimise the standard trumpet played by every trumpeter and make it more flexible. It should be suitable for any area like an orchestra, as lead trumpet, etc.

Thanks to the various bell and lead pipe variations, the instrument is incredibly versatile and can be customized.

The philosophy behind the development of the MH One was the greatest possible flexibility, variety of sounds, extremely fast response and possible variations.

Matthias Höfs: “We benefited from the experience we gained in the development of earlier models. And I’m very happy that it has become such a versatile instrument. “

The THEIN Double Bell Trumpet is based on the so-called “double bell” instruments that were first developed in the mid-19th century. We wanted to produce an instrument that offers different sound characteristics that musically interact, producing a dialogue that surprises the audience with a new sound experience. We were inspired by an echo cornet by Ed. Kruspe (about 1910).

With this instrument a fast sound change is made possible through an additional valve, which leads to a second bell, which can be tuned and rotated by 180 degrees. In 1975 we already designed and built this trumpet in our workshop. At that time, with two different sound pieces – one more like a flugelhorn, the other slim and light. A You Tube video from Bobby Shew, playing a Double Bell Trumpet in the 80-ies, shows that we were not the only ones with this idea.

In the year 2000, we built a Double Bell model for a bass trombone, for Gérard Buquet of the Ensemble Intercontemporain.

Over the years we have further developed the design of our Double Bell Trumpet. But what is an instrument without the musicians and the music? And so our design lay dormant until the relationship between Wolf Kerschek and Matthias Höfs deepened. They connected, and Kerschek’s composition began to take shape. We completed the development of the Double Bell Trumpet, presented in “Adventures of a Trumped“, that enables tone and music variations that were unheard of before. 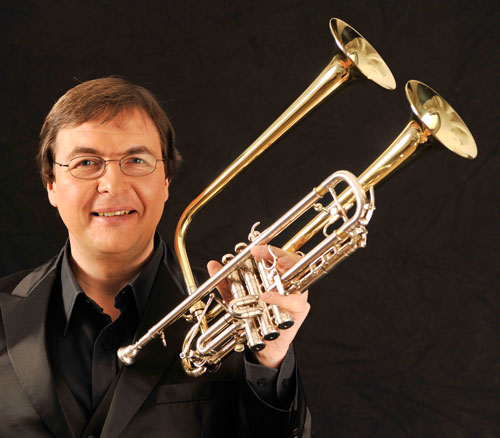