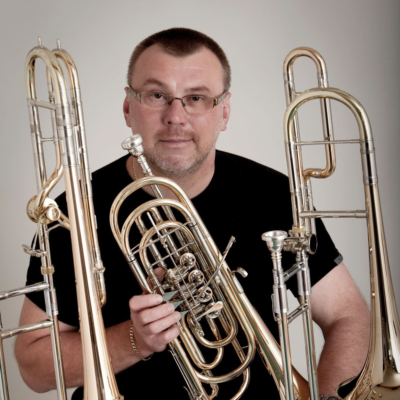 Karl Margevka is principal trombonist at the Christchurch Symphony Orchestra, New Zealand. He was born in 1960 in Ukraine into a family of professional orchestra musicians.

In 1979 Karl Margevka became a member of the National Opera and Ballet Theater of Ukraine. To continue his studies, he moved to Leningrad and played in the Philharmonic Orchestra, The Kirov Mariinsky Theater, The Malyi Theater and other ensembles. After graduating with honors, Karl Margevka was accepted into the Leningrad Rimsky-Korsakov Conservatory in 1982, where he studied trombone with Viktor Venglovski and Boris Winogradow.

Karl Margevka is an experienced and passionate educator. He teaches trombone at the University of Canterbury (NZ) and at the School of Music in Christchurch (NZ).