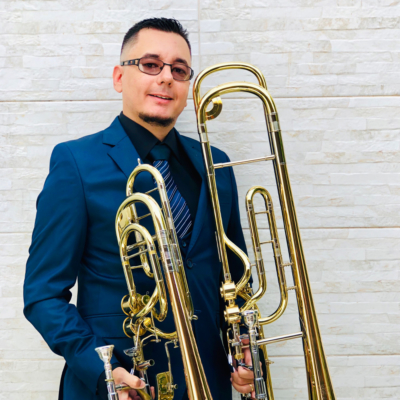 Born in São Paulo, Brazil, Ricardo studied with the big names nationally and internationally, having a degree in music from UNIMES. From 2007 to 2009 he had the opportunity to tour Europe and the United States, where he took classes with the main teachers of the most important symphonic groups in each region, Germany in cities like Berlin, Cologne and Hamburg, Spain in Madrid and in Texas USA at the University of Texas at Arlington.

He participated in several music festivals, such as the Campos do Jordão Winter Festival, the Curitiba Music Festival 1999, 2000 and 2001 and the Goethe Institut Madrid-Berlin with Prof. Stefan Schulz in Madrid, Spain, in 2007.