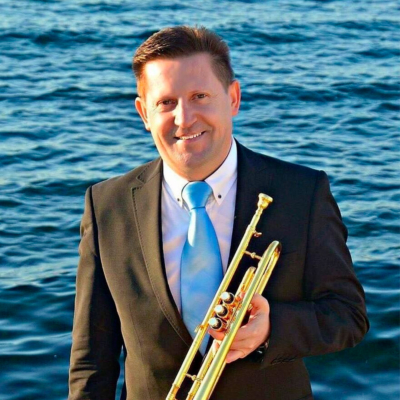 Julian Lupu is a faculty member of the Bilkent Music Department and solo trumpeter with the Bilkent Symponie Orchestra (TR). He studied solo trumpet and pedagogy at the “George Enescu Academy of Music” with Ioan Rusu. Julian Lupu attended masterclasses and competitions, winning prizes at the National Competition of Interpretation in 1989, 1991, 1992 as well as at the competitions in Constanta (Romania) in 1992 and Bayreuth (Germany) in 1990. Having a vast repertoire, he has recorded the works of Dittersdorf, Haydn, Pichl, Mozart, Vivaldi and Rachmaninov in 4 CDs for Olympia, London.